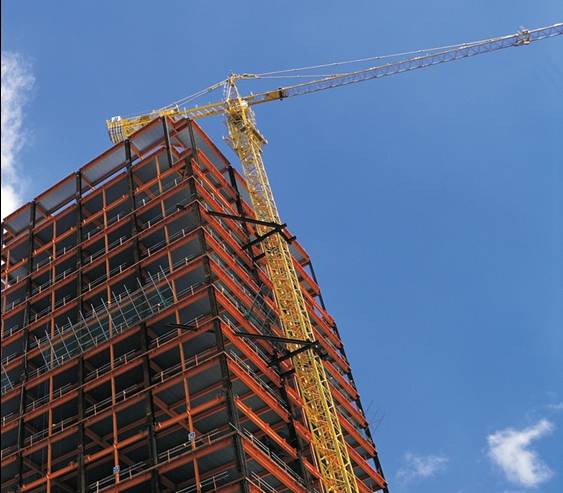 Truss failures often result in catastrophic building failure. These events are usually preceded by some natural event. Snow and ice are often culprits in roof overload failures. If buildings are not designed to withstand adequate snow loads, roofs can collapse when large quantities of wet, heavy snow falls. This is more common in parts of the country that do not regularly receive heavy snowfall. Buildings that were designed to be built cheaply instead of to code stand for decades until a heavy snow shows the inadequacies of the design and construction.

Buildings are not all created equal. Unfortunately all buildings are not designed to withstand the most extreme conditions that are potentially possible for the building to be subjected to. Economics dictate that building structures are optimized for a specific set of conditions that the building will likely be subjected to. Roof design is based on a design load amount of snow that is based on the geographic region that the building will be located in. These quantities of snowfall are based on historical records. Problems can arise if a building that is designed for one particular region is built in a geographic region with a different amount of snowfall. Some buildings may be designed purposely weaker to cut costs, while some buildings may be the victim of design or construction defects. Even if a design is sound, the implementation of that design may go awry and deviate from the original design.

Usually the building is simply not designed for snow loads designated for that geographic region whether it is due to design errors or due to a building being erected in a region with heavier snowfall than what it was designed for. The end result is the same - roof collapse when heavy snowfall occurs. Catastrophic damage occurs to the building when the roof collapses. When people are inside these buildings, loss of life can be expected.

Steel truss shop buildings and chicken coops are frequent victims to snow overload. These buildings are sometimes produced by companies that do not employ engineers, instead relying on load tables, or arbitrarily producing truss designs without any sort of scientific basis. The author was involved in a mass chicken rescue effort many years ago when an uncharacteristically heavy and wet snowfall caused numerous chicken houses to collapse. While there was no loss of human life in this situation, there was mass loss of livestock to exposure. Residential buildings can also fail under snow loads, but this is less frequent. Usually it is low cost steel truss buildings, or large flat-roofed structures that fail under snow loads.

Strong winds can also cause severe damage to buildings. Wind damage can be the result of straight line winds, tornados, hurricanes, and other weather events. Wind damage may be more difficult to quantify than snow and ice damage. Wind is highly variable even within a relatively small area, making it difficult to determine the exact wind speed that is reached at a particular location on a specific date. Roof pitch determines whether wind causes uplift on the roof. For lower pitch roofs that are less than 30 degrees steep, wind acts to remove the roof. This can result in shingles or other roof covering being removed from the structure, or more severe winds can remove entire roofs or roof components. For steeper pitched roofs that are in excess of 30 degrees, the wind will create negative pressure on the roof and cause it to be forced downward onto the structure of the house. Storms can also have strong downdrafts. These forces can result in severe roof damage caused by overloading of the roof structure of the building. Typical wind damages on steep roofs include roofing material removal, failure or deformation of roof structural members, and buckling or movement of walls of a structure.

Excessive Deflection of Floors and Roofs

Excessive deflection of floors, roofs, or other building components is a common problem. This is typically due to inadequate design or construction of the building. Determining whether it is a design failure or a construction defect can be determined from the plans of the house by cross-referencing the design with the actual location and size of the structural members of the building. Other considerations are water damage that causes weakening of structural members, or overload of the building. Overload can occur when the building is subjected to loads it was not designed to withstand. An example of overload that would not be considered a building defect is the failure of a deck that occurs when a hot-tub is added to the deck by a new owner.

Lawsuits involving structural damage may be directed at multiple parties. The designer of the structure may be held liable if it is determined that it was a design defect that led to the damage to a building. A construction firm may be held liable if it is determined that the design of the building was adequate, but the design was not adhered to by the company involved in the actual construction of the building. Suits are also brought against former building owners by current owners when damage to a structure is found that is thought to be present prior to the sale of the building. Insurance companies may also be sued when damage claims are denied. The typical reason insurance companies deny damage claims (other than the type of damage not being covered under the particular policy) is because the damage is thought to be pre-existing and not a result of some weather event.

How We Can Help

We have extensive experience dealing with structural failures and determining the cause of these failures and who is responsible.